Tolkien Work Current and Future and Some Linguistic Archaeology 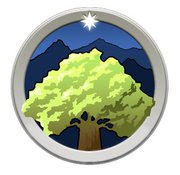 MYTHGARD INSTITUTE - TOLKIEN AND THE EPIC
I can hardly believe that we are in the final weeks of the Mythgard Institute's very first excellent course Tolkien and the Epic - and what a way to conclude this exploration that has taken us through some of the great works that influenced Tolkien (Beowulf, The Kalevala, The Lay of the Volsungs) and great works by Tolkien himself (Sigurd und Gudrun, The Children of Hurin and The Lay of Leithian).
In addition to excellent lectures by the President of the Mythgard Institute, the Tolkien Professor himself, Corey Olsen (his lectures on The Lay of Leithian were awe inspiring) we have also the incredible good fortune to have guest lectures by some of the pantheon of Tolkienian scholarship including Dr Verlyn Flieger, Tom Shippey (the Gandalf of Tolkien studies) and this week Dr Michael Drout - I consider myself a groupie of all four! It is quite amazing to sit at your computer (our modern day Palantir) and have these important scholars comes as if out of the west to talk about Tolkien and, more importantly, interact with students online with questions and discussions,
And what a way to end this first course than with a three week exploration of Tolkien's masterwork The Lord of the Rings. Dr Drout's talk on The Fellowship of the Ring focused on how Tolkien gets us to care about Middle Earth and how knowledge is distributed in the narrative. This was some of the most original thought I have heard on The Lord of the Rings in a while. I am a massive fan of Dr Drout having heard all his Modern Scholar series and his excellent Anglo-Saxon Aloud podcasts. I have been through his landmark work J. R. R. Tolkien, Beowulf and the Critics twice and am looking forward to his upcoming Tolkien book The Tower and the Ruin and his new book on philology. C.S.Lewis said of Tolkien that he lived inside languages- and I think it can be said of Dr Drout that he lives inside Tolkien - the power of The Mythgard I nstitute is being able to take a virtual class with an important Tolkien academic like Professor Drout as he sits in his house (having just read a chapter of The Two Towers to his son for bedtime)
The spring the great work of The Mythgard Institute continues with two brilliant courses - Tolkien and Lewis and the Making of Myth and Taking Harry Seriously -Exploring Harry Potter (taught by the excellent Amy Sturgis)

Here is a short film showing some exciting highlights of The Tolkien and Epic Course.... 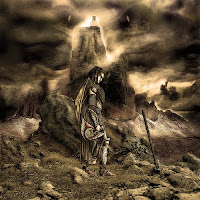 I'm a little behind on my blog reading, so this is a little belated, but congratulations on getting into (onto?) the Ph.D. programme! I'll follow the progress with great interest.