On A Sunny Saturday and Monday Morning..... 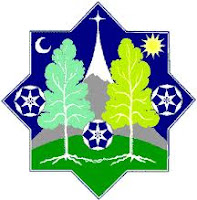 Suliad!! from Wotan. Yesterday I attended The Tolkien Society UK Oxonmoot 2011 at Lady Margret Hall in Oxford. It was a day of meeting fellow Tolkienists and hearing some really exciting papers including


All were brilliant and much to think about - anytime Dr Fimi speaks I am there, upfront and taking notes (and her Tolkien and Fantasy online courses are must takes)

Oxonmoot also had a sales room and I went eagerly with much money in the wallet to go Tolkien shopping!!! And lo and behold I found an edition of a book I have been looking for for some time And that is Inkling Charles William's Arthurian Torso containing the posthumous fragment The Figure of Arthur and commentary on the poems by fellow inkling C.S.

Lewis
When Charles Williams died in 1945 he left two works unfinished on his thoughts on the Arthur cycle (interesting that Tolkien also worked on an unfinished Arthurian poem called The Fall of Arthur which except for a brief quote in Humphrey Carpenter's biography of Tolkien, has yet to see the light of day (Tolkien Estate are you listening?!))

After Williams death C.S. Lewis published the unfinished works with his notes and commentary. As I travelled back from Oxford to London last night I read the preface in which Lewis indicates "The first two chapters had been read aloud by the author to Professor Tolkien and myself." Lewis then ends the preface with one of the most illustrative descriptions I have read of a gathering of the Inklings setting the scene for Williams reading this poem to them - Lewis writes


"Picture to yourself, then, an upstairs sitting- room with windows looking north into the 'grove' of Magdalen College on a sunshiny Monday Morning in vacation, at about ten o'clock. The Professor and I,

both on the chesterfield, lit our pipes and stretched out our legs. Williams in the arm-chair opposite to us threw his cigarette into the grate, took up a pile of the extremely small, loose sheets on which he habitually wrote - they come, I think, from a two penny pad for memoranda and began as follows....." (Williams, p.2)

Oh to have been a fly on the wall in that room on that bright sunny Monday Morning.......

Williams, Charles (1969) Arthurian Torso, Containing the Posthumous Fragment of The Figure of Arthur with notes and Commentary by C.S.Lewis (Oxford, OUP)

Link to The Charles Williams Society